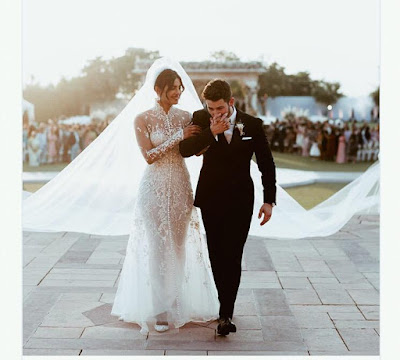 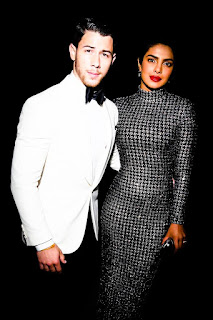 Priyanka Chopra and Nick Jonas has a five-day wedding including more outfit change than we could have counted. For the western ceremony Priyanka Chopra wore a customised dress by Ralph Lauren who had only made gowns for his daughter, daughter in law and most precisely for only the family members featuring floral and scroll motives, high collar necks, lace effects sillouhete. It took a long time of 1826 hours to make this perfect gown. After the ceremony Priyanka Chopra changed into another white Ralph Lauren wedding dress for the reception, a body hugging gown, halter neck design with a low back and a beaded cape. Wearing a red bold lipstick adding a pair of white chandelier earrings accessorising them with a dramatic 75-foot veil.

MOST AWAITED WEDDING OF THE YEAR: DEEPIKA PADUKONE & RANVEER SINGH 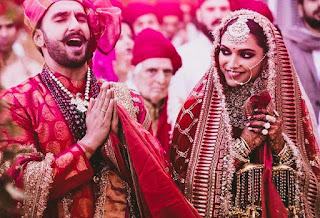 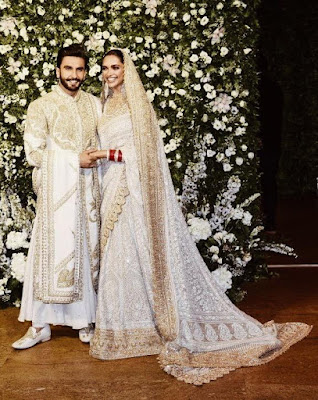 Starting their journey from the sets of RamLeela and blossoming their love thorough Padmavat and BajiRao Mastani the beautiful couple finally tied knot onNovember 14. Deepika Padukone and Ranveer Singh marriage festivities started in Italy. The couple had a few people who attended the memorable event with a count of 40-50 people. They had a private celebration at Lake Como in Italy. The functions there comprised of sangeet, mehendi, chooda ceremony, the Konkani wedding and Anand Karaj. Deepika wore a white dress contrasting with Ranveer Singh who opted for a black suit as they exchanged their rings. On their wedding day both wore Sabyasachi outfits which were the part of India Revival Project. Deepika's lehenga had intricate dabka embroidery and gota work with the pattern of dancing peacocks adorning the hem of the skirt. Ranveer wore Sherwani made of brocade and enhanced with embroidery. Deepika Ranveer held their reception on 28th in Mumbai with colour coordinated ivory outfits. She often has worn beige and off white many times but for the first time she donned it for the main function. And we couldn’t help but falling for this beautiful couple.
at December 16, 2018 No comments: 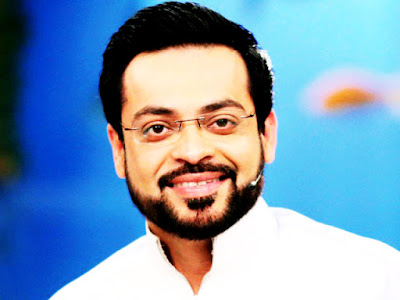 Aamir Liaquat is a well-known personality of Pakistan. He is a Pakistani television host and a Politician now. He has been hosting Ramadan transmissions for many years on different TV channels like Geo TV, ARY Digital and he also joined Bol TV and started hosting current affairs show. He has joined Pakistan Tehreek e Insaaf party and now is a member of National Assembly. He never failed shocking nation on his different acts, he has been banned by PEMRA several times due to his silly acts, then he shocked nation by winning seat of National Assembly, there were rumours about his marriage a few months back but now he had to reveal about his marriage during the process of filling his nomination papers. The news of Aamir Liaquat marriage with Syeda Tooba Anwar came as a major shock to the world. There is a major age gap between these two love birds, as his wife is 24 years old. She was in the team of Aamir Liaquats’s Ramadan transmission from where they became friends and got in a relationship, their nikkah held in a private ceremony which only close friends attended. They recently had grand reception at Karachi and many party members were seen attending the reception. This news left the divesting pain to his family with first wife. Their tweets show how much pain and deceived they are feeling after what their father did to them and their mother.
at November 27, 2018 No comments:

TURNING HEADS ON OUTFITS: PRIYANKA CHOPRA Priyanka Chopra and Nick Jonas has a five-day wedding including more outfit change than ...